We create the future fitness professionals. 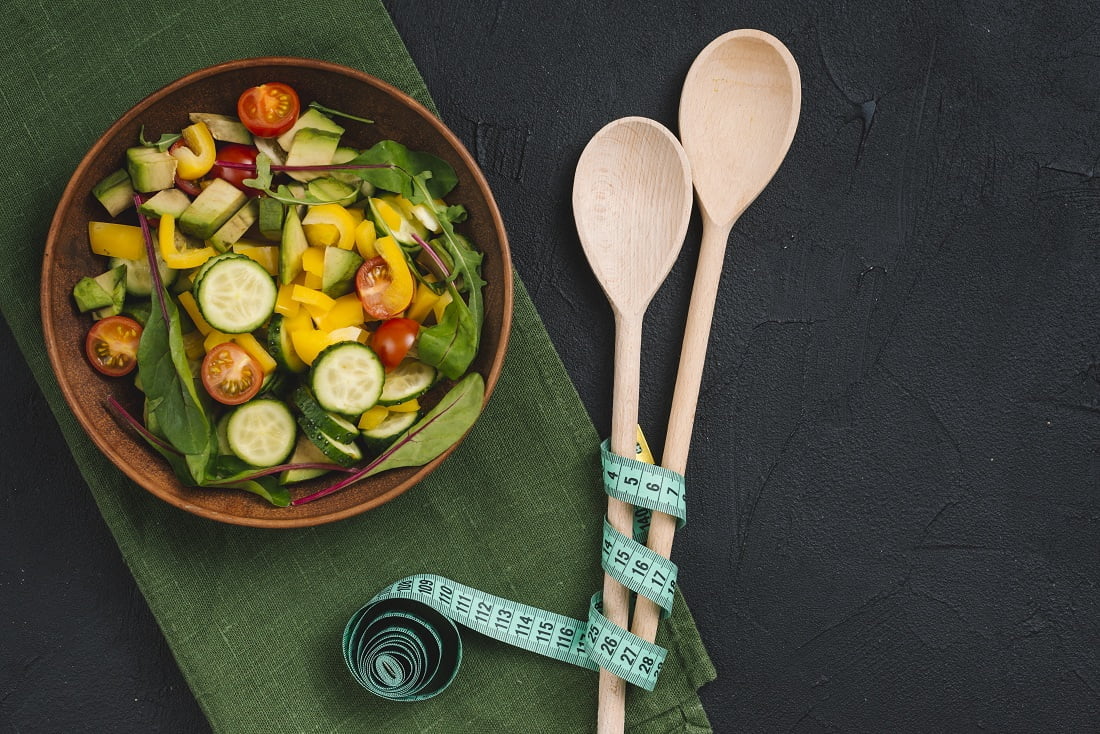 What kind of food help you lose excess body weight without losing vitality?

What foods give you unwanted pounds and which are the ones that increase energy, speed up the cellular metabolism and burn the excess fat?

THE MEANING OF BIOENERGY

How many bodies do we have? Do not describe our question as naïve and do not rush to answer “only one”! All of us have two bodies, not one: our material or physical body, the one that is macroscopically or microscopically visible to the human eye, and the energy or the electromagnetic body that surrounds it and it is invisible.

The energy body is a feature of our energy situation, since it constantly exchanges energy with both the physical body and the environment, playing the role of the mediator.

WHY DO WE GAIN FAT?

Our material (or physical) body operates all the time, even when we rest. In order for the organism to perform its various functions, a continuous energy conversion is required.

Energy is introduced into the material body in the form of a chemical energy, which is enclosed to the chemical bonds between carbon and carbon–hydrogen atoms, within the molecules of food. Its release takes place in stages, through a series of chemical reactions, called burns or oxidations. A part of the energy produced during these burns of food is converted into heat (thermogenesis), while the rest serves to produce work.

However, as much as the energy of the food is unnecessary or useless and unsuitable for maintaining our temperature, for reconstructing cells, producing work, feeding the vital functions or for the strengthening our energy body, is stored in our material body in the form of fat, resulting on the one hand, in the body weight gain and on the other hand, in the accumulation of free radicals and toxic substances (xenobiotics) , which is the main reason of weakening of the immune system, degenerative diseases and premature aging.

The idea that the nutrients of some foods may increase or limit the bioenergy is pretty aged. However, during the past years, many scientific evidence have been found that support the theory through the study of food and food intolerances.

According to an Asian applied medicine, in order to enhance our physical and mental energy, we must eat mainly simple and natural foods, called sattvic, and we should avoid as much as we can those that disturb our energy balance (razasic and tamasic foods).

After all, it is pretty known that the traditional Asiatic pyramid of food is internationally recognized as a model of nutrition that promotes the well-being and leads to long life.

ADVANTAGES OF THE BIOENERGETIC NUTRITION

Think about it: Health, high energy levels, stress reduction, youthful tightness and prolongation of youth, longevity and no unnecessary pounds. Isn’t that what we all want?

For the most part, bioenergy diets embrace the classification of foods into yin and yang (beneficial and harmful respectively, according to the Western standards). However, they go one step further, by giving special attention both to the matching of foods (bioenergy), as well as to the appropriate combinations of foods that increase the energy levels of the human body. According to the basic nutritional aspects of Yoga and Ayurveda, each individual food and combination of foods has a different effect on the human body and spirit. Based on this effect, all foods are classified into three main categories:

Example: A food that can be eaten raw (such as an apple), when it is being cooked (e.g. becomes compote) loses its beneficial ingredients and the beneficial properties. However, even if a food is eaten in a raw form, if we’re not careful enough, it may harm us instead of do good to us. When for example the apple, and generally every fruit and vegetable, is being eaten unripe, has a razasic effect on us (it increases the appetite and especially the desire for sweets). When it is ripe or contains pesticide residues it exerts a tamasic effect on us (it weakens our health and increases the body weight), while when it is being consumed within the right season and is in an intermediate normal state of maturation, then it has sattvic properties (it maintains the metabolism flourishing, it prevents the absorption of cholesterol in other foods and prevents the fat accumulation).

LOSE WEIGHT IN A HEALTHY WAY? YES, IT IS POSSIBLE!

Get an elegant silhouette by eating bioenergetics foods and say “goodbye!” to excess pounds.

The bioenergetics nutrition separates the foods into more and less “alive”, to more or less beneficial – not into “good” or “bad”. Any food, even if it is characterized  as “dead” or “empty” by beneficial nutritional elements, such as a sweet rich in sugar and fat, it may have its beneficial characteristic and based on that we will choose it, as long as we know what kind of effect it will have on our organism. If, for example, we feel at some point that we need a physical stimulation and irritation, we can consume a razasic food. However, such option is the exception and not the rule – the rule is a diet based on sattvic foods!

By consuming mostly sattvic foods, the energy which is enclosed in fat cells is released to the environment, the material body gets detoxified, the receptors of the energy body increase their receptiveness and the organism addresses easily the situations and problems that disrupt its energy balance, such as the excess body weight and the unnecessary fats.

However, a diet is considered to be a sattvic one only if it contains no meat (acrophagia) and its derivatives. On the other hand, it has to be mentioned that the consumption of animal products, such as dairy products, is purely a personal choice.

Always remember: Sattvic foods keep healthy the energy body without energy losses, without unnecessary fats and at its normal weight, the mind clear and alive, and the soul clean. As long as we are physically active and frugal, avoid excessive eating and eat so that to live, not live so that to eat…

The above provided information intent to inform the readers and do not replace the personal advice of doctors and dietitians which you should consult before making any significant dietary change.

Learn how to get trained and become a Yoga instructor and what kind of certified training opportunities does Studio One Sports & Fitness School by Omega Academy provides to you.

Even if your favorite gym may have been temporarily closed due to COVID-19 pandemic, the sense of responsibility we feel towards each one of you personally made our keyboards to

In spite of the difficult times we live in, Studio One, a guide to development, presents a LIVE HIGHLY SPECIALIZED SCIENTIFIC CONFERENCE FREE for all. HEALTH & FITNESS EXPERTS DIGITAL

>
Ωmega
E-learning
The Concept
Blog
Όροι Χρήσης
Why Studio One
Gallery
News / Events
Αίτηση Εγγραφής
Blog
Conventions
© Studio One 2020 Web Design & Development by Master Digital
Studio One is
An elite team that is not afraid to dream and create the ideal circumstances in order to organize and direct. To give all their knowledge, energy and passion to those who love fitness.
Ωmega
Άστιγγος 4, Πλατεία Καραϊσκάκη, Τ.Κ 18531
Phone
+30 210 4122888
Website
www.omega.gr
Information
info@omega.gr
Social
Facebook
Instagram
Youtube
Scroll to Top